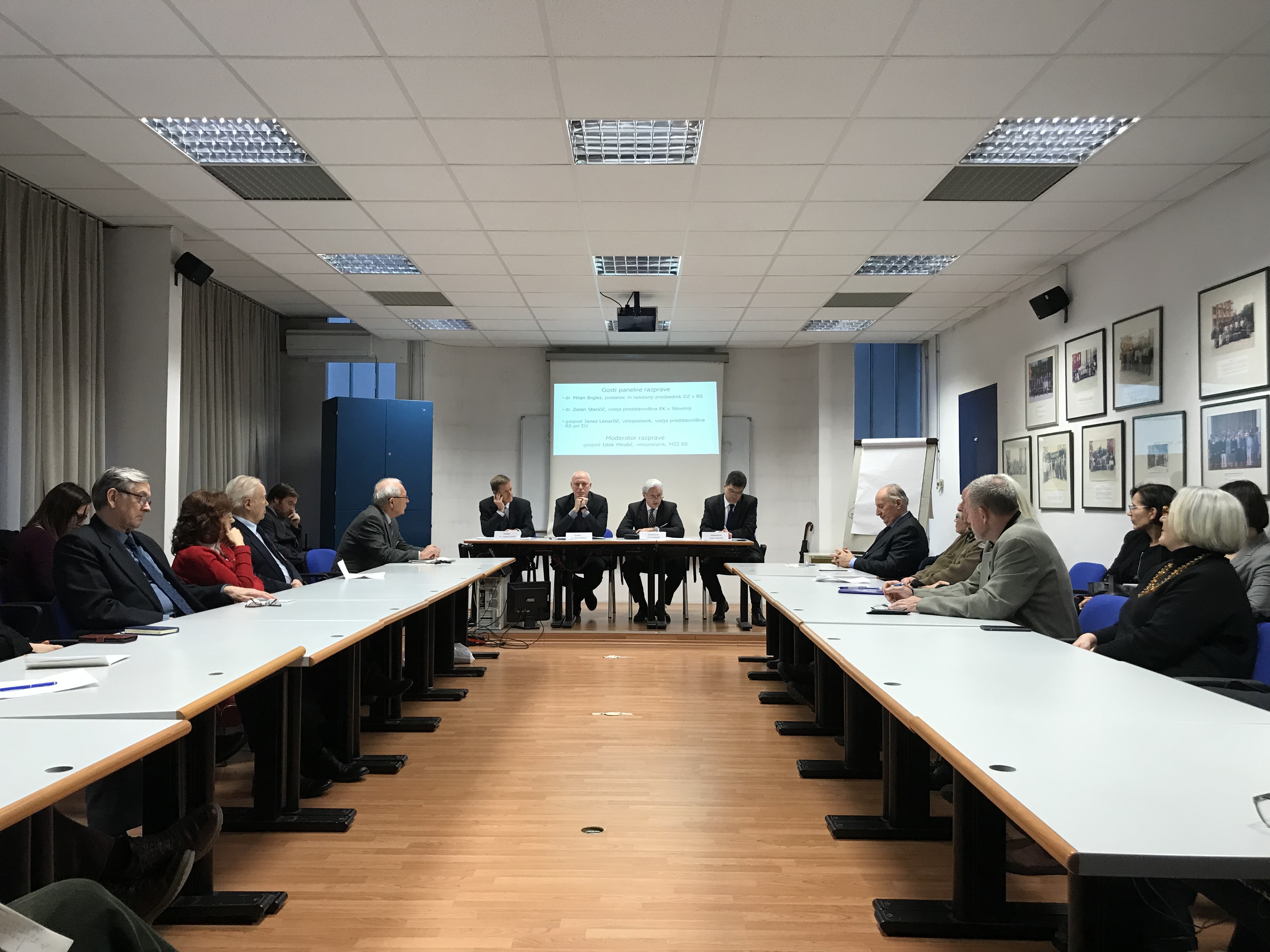 On 28 January, Ambassador Iztok Mirošič, BSF Programme Director, moderated a lively round-table debate entitled “More EU – More Slovenia”, which had been organized by the Club of Former Slovenian Ambassadors. Among the panelists were Ambassador Janez Lenarčič, Permanent Representative of Slovenia to the EU, Dr. Milan Brglez, deputy and former President of National Assembly of Slovenia, and Dr. Zoran Stančič, Head of the European Commission’s Representation in Slovenia,

The panel discussed current challenges of the EU before and after May European elections – Brexit, new political relations between Member States and institutions, values and interests of the Union and its future development – but also the Slovenian public opinion towards the EU, how it affects Slovenian identity and sovereignty, and activities of its representatives in EU bodies and institutions.

The upcoming Slovenian Presidency of the Council of Europe is widely recognized as an opportunity to revitalize and recharge its relationship with the EU, as well as promote and realize Slovenian interests. Slovenia is also expected to hold a debate on deeper integration, as inscribed in the Declaration and Strategy of Foreign Policy of the Republic of Slovenia, or the return of strengthening individual member states sovereignty.

The result of the above will, in the end, also provide an answer to the question of this round-table.